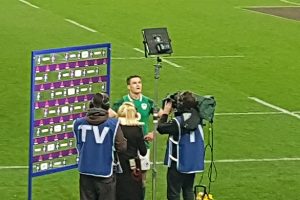 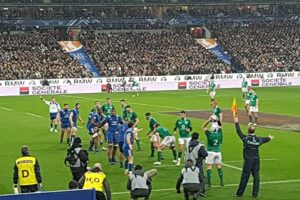 Staying at the lovely Les Jardins du Marais located in the historic district of Les Marais, we had a great time exploring this interesting area with it’s medieval feel, traditional bars, restaurants and boutique shops. Along with our fellow rugby fans we took the user friendly Paris Metro to the Stade De France to watch Ireland take on France in the Six Nations 2018. From our perfectly placed seats, we watched an arm wrestle of a first half, followed by a second half which provided all the thrills of Six Nations rugby. Following a staggering 41 phases of rugby (in wet conditions), Mr Sexton kicked a stunning drop goal to the amazement of the Irish fans (and to the disbelief of the French) to win the match in spectacular fashion. After heading back to Les Marias district, we swapped cheery conversations with friendly French supporters in a cosy local bar that served an agreeable bottle of vin rouge!